The Dharma Initiative Recruiting Project, also simply known as "the Project", was the third Lost alternate reality game taking place between Season 4 and 5 of Lost. It concerned an attempt by an unknown source to revive the DHARMA Initiative. The game was developed by the Lost writers[source needed], in conjunction with Australian marketing agency Hoodlum (who were also behind the Find 815 game). The game began on May 29, 2008, when an advertisement for Octagon Global Recruiting aired during "There's No Place Like Home, Part 2", and finished on November 18, 2008, when the assessment dossiers were released.

The game involved participants applying to join the new DHARMA Initiative at Comic Con 2008 and the website DharmaWantsYou.com, where participants took part in various tests. At the conclusion of the game, each participant received a Volunteer Assessment Dossier which contained their results and allotted job. However, due to financial issues the DHARMA Initiative was canceled. As a replacement, the Dharma Special Access website was opened as an exclusive to game participants.

Damon Lindelof and Carlton Cuse stated in an interview with Lostpedia that the purpose of the game was to foreshadow the arrival of Sawyer's group in DHARMA times in Season 5. Indeed, the only real direct canonical revelation was the Dharma booth video showing Pierre Chang being filmed. The unseen cameraman in the film is generally accepted to be Daniel Faraday. This scene has not been shown in the main show and, considering Daniel Faraday is now dead, and Pierre Chang has now lost one hand, the video is outdated and does not fit in with the main show timeline. Chang also found out the truth arguably too late in the course of the Season to have filmed the video with Faraday, and fans would expect to have seen this being filmed on the show at any rate considering it seems like such an important scene. Consequently the canon of this video, and the ARG as a whole, is highly questionable.

On May 29, 2008, at the end of the last commercial break of "There's No Place Like Home, Part 2" an advertisement for Octagon Global Recruiting aired. At approximately the same time, octagonglobalrecruting.com opened. Both the ad and the website announced that a recruiting session in San Diego would be held from July 24-27, 2008, the same time and venue as Comic Con.

The following video was shown at Comic-Con, and later "surfaced" on YouTube, of a fan being taken to the Dharma booth at Comic Con, secretly taping what he saw and running off just in time to show everyone at the Lost panel. 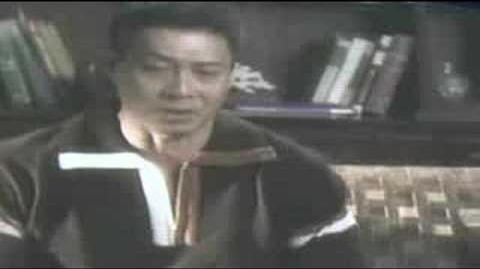 The Project was negatively received by the Lost fan community. Commonly disliked elements were the long wait periods between activities [1] [2] (with some sites creating their own games to pass the time [3]), technical issues [4], a lack of storyline [5], the uninteresting and simplistic nature of the game[6] [7], and the sudden and out-of-tone ending [8].