DharmaWantsYou.com (dead link) is a website launched as part of the new Lost alternate reality game running during the hiatus between Seasons 4 and 5. A newsletter email from Octagon Global Recruiting identified the site as a place where volunteers may be assessed for their eligibility to join their project. It has been stated that this will be available for a limited time only, testing has ended on October 7th, 2008.

At Comic-Con, after taking the aptitude test as part of the Octagon Global Recruiting drive, participants were given an ID card with a code on the back. This could be entered on the Dharmawantsyou.com website to enter "phase 2" of the application process. Flyers given out at Comic Con also reiterated that if you cannot get an appointment in person, applications could be made online from July 28th.

A video featuring Pierre Chang was also shown at Comic-Con, and it appears to explain why the Dharma Initiative has been reconstituted, and why the website is searching for new recruits.

The site opened fully late during the night on July 28th for Eastern, Mountain and Pacific time zones within the United States. However, it opened on July 29th for other time zones around the world, allowing fans everywhere to take the online test.

Upon entry to the site, a short intro is played rhetorically questioning your desire to establish a better tomorrow. Afterwards, the main page presents three options: to register as a new user, to log in as a previously registered used, or to register as a user having been present at Comic Con. There is also a small menu in the top left of the page, displaying three additional links: Home, About Us, and Login. Along the bottom of the page is information regarding ABC and other legal terms.

Tests were later added to the site, appearing each week, along with a "my progress" section and a leaderboard.

To promote the Dharma recruitment drive and project, a series of email newsletters have been released from Head of Recruiting, Hans Van Eeghen. Some have contained hidden messages in the source code.

The following video was found in the source code of one of the newsletter emails sent out by Hans Van Eeghen. It shows a hacked version of the video from the Comic-Con recruitment drive including some of the questions that were included from the event. 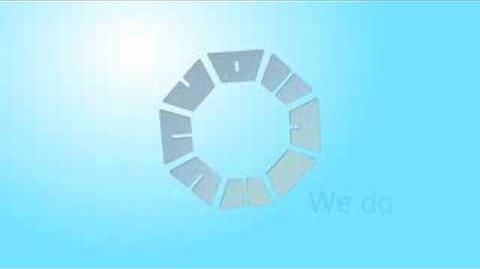 The following video appeared on DharmaWantsYou.com on September 2nd or September 3rd depending on location. In it, Hans Van Eeghen congratulates and praises recruits for their excellent progress, but also warns them to keep away from an insider named "Black Swan", who appears to be the protagonist and nemesis of the Initiative in the narrative.

The website has issued a series of tests, and from this assigned candidates into specific groups. More details about each test can be viewed in individual article spaces. Beginning with an eligibility test, a series of other tests are being released weekly (each seemingly with a "cheat" function built into the evaluation). Prior to the release of the assessment tests, an eligibility test was given to recruits. Recruits were also able from September 10th to create their own tests with Recruit Created Assessments for others to play, earning themselves Dharma points in the process.

"Leaderboard" and "My Progress"

The leaderboard on DharmaWantsYou.com tracks the top ten players from around the world that have the most "Dharma Points". These are obtained through recruiting friends to join the site, or by participating in as-of-yet unknown "special tests" issued by Hans Van Eeghen.

Furthermore, the "My Progress" section of the site lists which available tests candidates have completed, their current number of "Dharma Points", and which group they are currently assigned to.

The candidate group names are all characters from Greek mythology. After completeing each test, recruits were assigned to a new group.

The candidates groups form a tree data structure. An example path through the structure is shown in the illustration in red. There are 8640 (2x3x4x5x6x6x2) unique possibilities through the system, assuming that all nodes from one level connect to all nodes of the next level.

The table below gives the details of the candidate groups by test:

The question types appear to coincide with the Dharma volunteer jobs previously advertised, the types of questions in the second Dharma recruitment test, and the research associated with the various DHARMA Initiative stations on The Island.

Main articles: Black and White, Good and bad people, and Deceptions and cons

For fan theories about these unanswered questions, see: DharmaWantsYou.com/Theories

Retrieved from "https://lostpedia.fandom.com/wiki/DharmaWantsYou.com?oldid=1085734"
Community content is available under CC BY-NC-ND unless otherwise noted.