Darla Taft worked as Corporate Liaison for the Global Welfare Consortium. She was the mistress of Hugh McIntyre and knew a lot about the misdeeds of the Hanso Foundation. Morally objecting to some of their plans, Darla helped Rachel Blake in her efforts to bring down the company, using the online username "GidgetGirl" instead of her real title.

Her first appearance came on the Hanso Phone Line where she left a message on Hugh's answering machine about her objection to what was happening in Sri Lanka.

Darla reappears weeks later using the alias GidgetGirl on Rachel Blake's blog. Her initial intention was to convince Blake to take down the pictures of Hugh McIntyre's extramarital affair, mentioning it would ruin his marriage. After supplying Rachel with valid information to use on her quest to bring down the Hanso Foundation, "GidgetGirl" is promoted to "Contributor" on Rachel's blog and Rachel removed the pictures. After that, GidgetGirl became a valuable ally, giving Rachel information about the Valenzetti equation, Mittelwerk's whereabouts, and his plans.

In Italy, Rachel received a call from Darla, telling her that she was in hiding. She requested Rachel head to Paris, so she can give her more delicate information. At their arranged meeting place, Darla never arrived, and Rachel later read online that Darla Taft had died in a car accident along with Hugh McIntyre. Rachel blamed herself for coaxing Darla out of hiding, and surmised that the Hanso Foundation must have been involved in her death. She vowed to avenge her murder.

Rachel later learned from Malick that Darla and Hugh had a secret flat, one which Mittelwerk didn't know about. There, Rachel found the package "GidgetGirl" had intended for her, along with a short video of Darla on camera.

Darla can be heard initially on the Hanso Phone Line under the Hugh McIntyre answering machine section.

After posting some damaging images of Hugh McIntyre with his mistress, Rachel had the following conversation on her message board:

After bumping into Mittelwerk to take pictures of the maps he carried, Rachel's board was posted on again by GidgetGirl.

After hearing about a fire at an "Institute", GidgetGirl confirmed Rachel's suspicions that it was the Vik Institute. Along with her post, she linked to a newspaper article which covered the story of the blaze.

After learning more about the Vik Institute in Iceland, and its connection to the mysterious Valenzetti equation, GidgetGirl informed Rachel about Mittelwerk's movements, and some history to the man behind the equation.

Rachel arrived in Italy and was contacted again by GidgetGirl.

Rachel was later phoned in her hotel room by GidgetGirl

After learning that Darla Taft and Hugh McIntyre had been killed, Rachel pieced it together that no sign from GidgetGirl meant her suspicions that she was Darla were true. Rachel was attacked in her hotel room, but was rescued by Malick. He informed her about a secret flat Darla and Hugh had, one which Mittelwerk didn't even know about. There, Rachel found the final words of Darla Taft on a videotape. 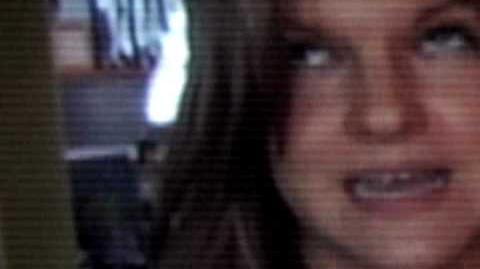