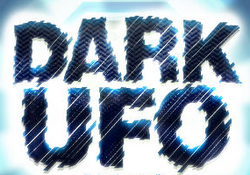 DarkUFO is a blog-style fan website devoted to news and other aspects of analysis for the show. It is well known for its spoiler, rumor, and easter egg sections. However, many other sections exist. It is one of the top-visited Lost fansites on the internet.

DarkUFO is the creator and runner of the blog (though others post on it as well). His real name is Andy Page, and he is a 38-year-old professional poker player from Bedfordshire, England [1].

Lostfan108 is an anonymous spoiler tipster, who single handedly spoiled the last two episodes of Season 3 of Lost by leaking information to Dark UFO's spoiler website. In a poll that DarkUFO ran, the results to withhold lostfan108's spoilers or to show all of them were almost dead even, 51-49 in favor of the spoilers revealed. The site released them in bits and pieces, spanning the week before the finale.

This leak had a major impact on the Lost writing team, causing them to clamp down and enter a period of "radio silence" with regards to how much they would give away to fans in future. In an interview with E! Online's "Watch with Kristin" column[2], Damon Lindelof stated:

On May 14, 2008, DarkUFO announced that Lostfan108 had contacted him with details and a synopsis of the season 4 finale, sparking another controversy. Once again the entire finale for Season 4 was retold before its airing and the information quickly spread across the internet, including the description of the Frozen Donkey Wheel and the identity of man in the coffin. Several vandals posted those spoilers on Lostpedia, forcing its staff to temporary disable new account creation function and permanently change the spoiler policy, forbidding every future spoilers on Lostpedia.

Retrieved from "https://lostpedia.fandom.com/wiki/DarkUFO?oldid=1008248"
Community content is available under CC BY-NC-ND unless otherwise noted.