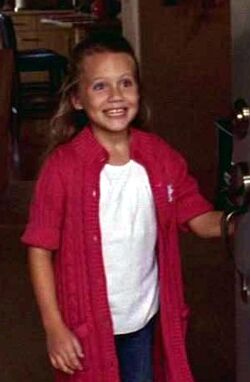 Clementine Phillips is the daughter of Cassidy Phillips and James Ford.

In the early stages of her pregnancy, Cassidy met with Kate and helped her contact her mother again. When Kate asked who the man who conned Cassidy was, Cassidy replied that she was pregnant and that she still loved him. ("Left Behind")

Cassidy visited Sawyer in prison and showed him a picture of Clementine, who she claimed was his daughter, and told him that they were living in Albuquerque, New Mexico. Sawyer denied paternity, and demanded to know why Cassidy was visiting him; she answered only that she wanted Sawyer to write a letter to Clementine. ("Every Man for Himself")

After learning the location of Munson's stolen $10 million and turning the information over to the Treasury Department, Sawyer instructed Agent Freedman to use Sawyer's commission to open an account in any Albuquerque bank under the name of Clementine Phillips. ("Every Man for Himself")

Kate and Aaron visited Cassidy and Clementine after Kate's return from the Island. Kate later told Sawyer that Clementine was growing fast, a sweet kid and was already developing a little attitude. ("Whatever Happened, Happened")

Retrieved from "https://lostpedia.fandom.com/wiki/Clementine_Phillips?oldid=1097303"
Community content is available under CC BY-NC-ND unless otherwise noted.