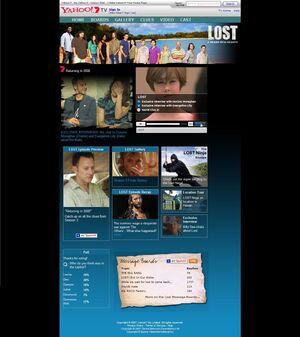 The Channel Seven Clues are part of the Channel Seven site which is the Australian broadcaster for LOST. For each episode in Season 2, a distinct clue (usually one minute long) is posted on the official site. The official Seven site also produces video recaps & episode promos. For each episode "clue", there is also a page of text which explains the clues in similar detail.

The clue tagline is "Everything happens for a reason".

Text in bold represents text from each video, text in italics/bullets represent the storyline/plot at the time.

Retrieved from "https://lostpedia.fandom.com/wiki/Channel_Seven_clues?oldid=1052625"
Community content is available under CC BY-NC-ND unless otherwise noted.