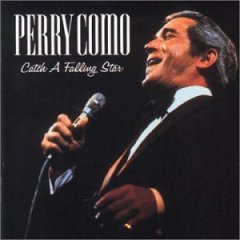 "Catch a Falling Star" is a song composed by Lee Pockriss and Paul Vance, and recorded in 1957 by Perry Como. It became the first R.I.A.A.-certified "Gold Record" in 1958 and won Perry Como the award for "Best Vocal Performance, Male" at the first annual Grammy Awards in 1959.

The song has appeared in five episodes of Lost, in connection with Claire and Aaron:

Retrieved from "https://lostpedia.fandom.com/wiki/Catch_a_Falling_Star?oldid=1057859"
Community content is available under CC BY-NC-ND unless otherwise noted.