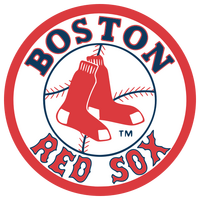 The Boston Red Sox are a Major League Baseball team who won the World Series on October 27, 2004, after being well-known in the United States for failing to win a championship for 86 years, which was attributed to "The Curse of the Bambino". Their win was dramatic, both for its reversal of generations of legendary failure, but also for coming back from adversity to win after having been down three games to none to rival New York Yankees in the American League Championship Series, one of the biggest comebacks in sports history.

In four attempts after transferring Babe Ruth in 1918 to New York, the Sox failed to win a Game Seven in the World Series. In 1948 and 1978 Boston missed the post-season in a playoff game, and on three added occasions they succumbed on the final day of the regular season, each time to the Yankees. In 1986, the Red Sox were one out away from victory, only to lose in a highly dramatic and somewhat bizarre manner. Several other "near misses" also seemed like the result of unusual events.

In "Outlaws", Christian Shephard tells Sawyer in Sydney, "That's why the Red Sox will never win the World Series," to indicate his belief in fate. Jack repeats the saying to Sawyer on the island on October 22nd, not realizing that the Red Sox would begin playing in the World Series the next day and win it five days later. It is this use of the phrase by Jack that first causes Sawyer to realize the man he met was in fact Jack's father. Jack tells him at the end, "Just something my father used to say--went through life knowing that people hated him. Instead of taking responsibility for it, he just put it on fate. Said he was made that way." This episode originally aired on February 16, 2005, so the writers would have known at the time they wrote that episode that the Red Sox had won the World Series, providing some irony to the comments by Christian and by Jack.

In "The Glass Ballerina", Ben shows Jack television footage of the final out of the World Series win, which took place after the crash on October 27, 2004, as evidence that the Others have direct contact with the outside world. It was certainly one of the most prominent events that occurred in the United States between the time of the crash and the capture of Jack, Kate and Sawyer by the Others, and provides more metaphorical and emotional value than the other events to which Ben refers, the re-election of President Bush and the death of Christopher Reeve.

In "Stranger in a Strange Land", Sawyer is talking with Karl while Karl cries over the prolonged seperation from Alex. Sawyer tells Karl that he has to "Cowboy Up", a term similar to "Man Up". This is likely a reference to the Red Sox rally cry during the 2003 season, which was also "Cowboy Up."

In "The Economist", Jack is talking with Frank Lapidus. Jack says, "Did the Sox really win the Series?", to which Frank replies, "Don't even get me started on that, I grew up in the Bronx". Jack then comments how he has not seen a Red Sox game in over 100 days.

In "The Other Woman", Ben reveals that he has recorded over his VHS tape of the game, labeled "Red Sox", with his covertly-recorded video of Charles Widmore beating a member of the Others off-Island.

In "Something Nice Back Home", Jack picks up a newspaper in the kitchen of Kate's house at the beginning of the episode. The title of one of the newspaper articles is, "Yankees bludgeon Red Sox in series sweep." This is referring to a late season, 5 game series in Boston, where the Yankees came in and swept the Red Sox to extend their division lead from 1.5 to 6.5 games, it was dubbed by many as "The Boston Massacre". Jack says "damn A-Rod" while reading the article, referring to Alex Rodriguez' monster series. The series , in which the Yankees outscored the Sox 49-26, took place from 8/18/2006-8/21/2006 beginning with a doubleheader on Friday, and concluded on Monday when the Yankees completed the sweep in a 2-1 pitchers duel won by the late Cory Lidle (who, ironically, died in a plane crash on October 11, 2006), over former Yankees star David Wells.

In "Lighthouse", Jack sets up a TV in David's room so he can watch the Red Sox.