This article is related to the Lost Experience character Armand Zander, for references to the Bad Twin character see Zander Widmore.

Dr. Armand Zander is the director of the Vik Institute in Vik, Iceland, in the storyline of the alternate reality game The Lost Experience. The Institute he heads is a mental research facility being run by The Hanso Foundation as part of their Mental Health Appeal project. He holds a M.D. and a Ph.D., and has treated mentally ill patients for 30 years.

In a letter revealed through The Lost Experience, he complained to Thomas Mittelwerk at The Hanso Foundation about being left out of the loop about "a secret program of experimentation" being administered at the Vik Institute. He also threatened to resign if he was not given "a full accounting of the activities taking place".

On June 27, a fire struck the Vik Institute, and in a press release, Zander expressed sorrow at the accident and reported the death of Vigi Benoffski. He also met with Rachel Blake in Vik, revealing on camera that mathematicians were being kept in the sub-basement of the facility, working with autistic savant patients on an equation. Zander also stated that the equation seemed to be made up of Egyptian hieroglyphs. It was after this that Rachel Blake learned that Zander had been reported missing, accused of setting the fire at the Vik Institute.

Persephone posted the following letter, demonstrating what Mittelwerk was doing at the Vik Institute. The letter is signed by Zander.

After the fire at the Vik Institute, Armand Zander was referenced in a newspaper article.

Below is a video secretly filmed by Rachel Blake, in which she quizzes Zander about what happened at the Vik Institute. 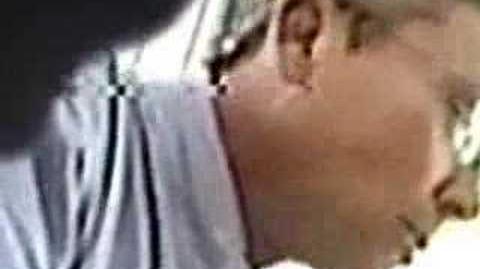