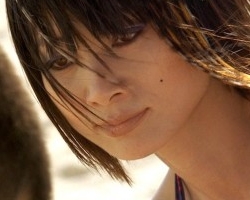 Achara was a native of Phuket, Thailand and a skilled tattoo artist.

Following a messy divorce, Jack Shephard traveled to Phuket and encountered Achara on the beaches there. Helping to assemble his kite, the pair sparked a relationship immediately, with Achara handing Shephard a small, rectangular object as a gift. Beginning an intimate relationship, Achara remained mysterious, coming and going from Shephard's hut without explanation. Suspicious and slightly intoxicated, Shephard followed her after one of her strange disappearances and discovered that she worked as a tattoo artist. Asking her to brand him with her work, Achara declared him an outsider and claimed that she could only mark natives. She described the body art as definition as opposed to decoration, claiming to "see who people are" and then tattooing that on them. Forcing her hand, she claimed there would be consequences as she inscribed the phrase "He walks amongst us, but he is not one of us." According to Achara, it signifies that he is a leader, but that being one makes him "lonely, and frightened, and angry". ("Stranger in a Strange Land")

In the following days Achara's brother, Chet, discovered the transgression that had occurred and hunted down Shephard and beat him severely with the help of several Thai men. Sufficiently battered, Shephard was warned that if he ever returned he would suffer greater consequences, watching a sad Achara turn her back on him as she sailed away. ("Stranger in a Strange Land")

Retrieved from "https://lostpedia.fandom.com/wiki/Achara?oldid=1113534"
Community content is available under CC BY-NC-ND unless otherwise noted.